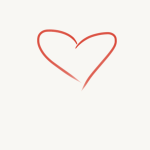 Sometimes children with Noonan’s Syndrome are born with heart problems or develop them early in life. Because of this and other unrelated concerns, we’ve monitored our son’s heart since before he was born. This past week I was thankful we did. It’s not otherwise apparent that one of his ventricles is growing at an unhealthy rate. We’re expecting a call from a surgeon any day now to place a catheter up through his leg to measure the pressures inside of his heart.

I’m told this sounds significantly scarier than it is. My husband knows at least one person who’s undergone this procedure multiple times. That’s not overly comforting when your two-year-old is the one going in. I’m terrified honestly. We’ve recently discovered he has Von Hildebrandt’s Type 1. If they need access to his vein, that’s clearly going to involve some bleeding. The medicine challenge they performed a few months ago didn’t last as long as it should have. While they’re not ruling it out – they want to try again after he turns three – that does mean he’ll need two different drugs to help him clot after the procedure is over.

The cardiologist threw out a few possible causes, but none of them struck me more likely than the others. According to the cardiologist, this procedure is the only way to discover the exact cause of the enlargement. He did reassure me that it’s likely whatever the problem is, it’ll be resolvable with medication. Apparently, when it comes to cardiology, catching problems early is key to preventing them from turning into serious life-altering issues down the road. I hope and pray we can prevent anything serious from occurring as a result of whatever the source of this problem happens to be.