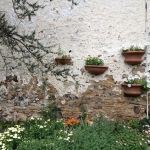 END_OF_DOCUMENT_TOKEN_TO_BE_REPLACED

If you didn’t catch the first part, read it first.

We were waiting for many months for a call from Kennedy Krieger’s Outpatient Feeding Program. It’s not something I had mentioned previously; I wasn’t sure how helpful it would be. When the call finally came we were so excited. There was, however, a massive “but.” Our son had begun struggling with a new medical issue, ITP (Idiopathic Thrombocytic Purpora), and we weren’t sure how well he would do in the outpatient program given the need for weekly blood draws and hematologist visits. After speaking with the program’s nurse we concluded that, while difficult, managing his care on an outpatient basis was possible. If we were already actively in the outpatient program and he needed to be transitioned to inpatient they would do their best to have us transitioned to inpatient as quickly as possible.